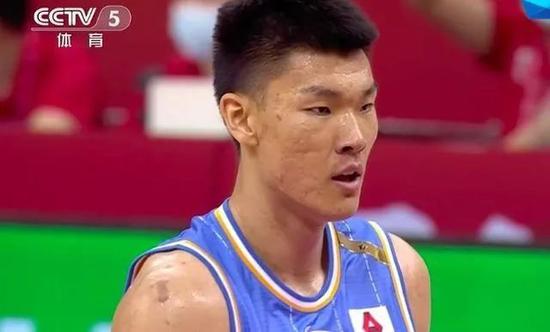 After watching the only preseason game of the Beijing Shougang Men's Basketball Team in the new CBA season on the evening of the 14th, the deepest impression was that the Shougang team had a sudden change in playing style. They changed the previous offensive style of combining the inside and outside, and the percentage of outside shots was even higher than that of the inside, and turned into a game style that focuses on the inside and the basket is tough. There is only one reason: the introduction of the twin towers has made Shougang's internal lines suddenly hardened. In the end, Beijing Shougang defeated Fujian team 83 to 79. This match also set the tone for Shougang team's main play in the new season.

It is worth mentioning that the two major insiders who joined the team in the new season, Li Muhao and Fan Ziming, performed well, especially the young center Fan Ziming. He played 23 minutes, scored 17 points and 7 rebounds, and has a better understanding of his teammates. High, successfully "eat pie" many times, turning the subtle assists sent by Fang Shuo and Zhai Xiaochuan into points. In addition to the remarkable performance of these two insiders, Shougang's outside rookie Yang Ali's performance is also quite eye-catching. His two steals and four free throws at critical moments in the fourth quarter even determined the final result of the game.

This season, Shougang Men’s Basketball has a small change in the remarks position of a registered player. In previous seasons, Zhu Yanxi’s position on the court was "center", but this season it was changed to "forward". It can be seen from this change that the weak inside line that has plagued Shougang for many years has been greatly strengthened. With the arrival of Li Muhao and Fan Ziming, together with Chang Lin and Qiu Tian who passed the physical test supplementary test, the Shougang team has considerable internal strength even when the big foreign aid Hamilton has not yet arrived. It can be said that it is not worse than the league. Any team in China, so Zhu Yanxi naturally "downgraded" to the fourth position.

Only 2 minutes after the start of the game, Li Muhao, the starting player, came up and gave the Fujian team Chen Linjian a "big hot pot", opening the scene of Shougang's inside attack and defense drill. Because of the need for physical adjustments and the reasons for hiding the cards, Shougang acting coach Xie Libin did not give Li Muhao too much playing time. But in this short 11 minutes, Li Muhao still had a high profile on both ends of the offense and defense. In addition to the blocks shortly after the opening, he also received a pass from Zhu Yanxi 2 minutes before the end of midfield to complete a wonderful performance. The aerial relay dunk dunks, which was rare in the Shougang team in previous seasons.

Fan Ziming played for 23 minutes. He has repeatedly achieved a tacit connection with Fang Shuo and Zhai Xiaochuan, scoring 17 points and 7 rebounds, second only to Fang Shuo when he scored 19 points, and the rebounds topped the team. Not only that, Fan Ziming's attitude towards the game is even worse, he is expected to become the backbone of Shougang's domestic players in the future.

In this game, the Shougang team scored 24 points from the outside, 33% of the field goal percentage was not high but it was not abnormal, while the inside offensive score was 34 points, and the 25 points obtained from free throws mostly came from the additional results brought by the inside. . It can be clearly seen from these data that Shougang's competition style has undergone great changes.

In addition, the match against the Fujian team also has its particularity, because Wang Zhelin, one of the three major domestic centers in his opponents, will occasionally be blocked in Shougang’s internal attack and defense when he is on the field, but he will never be bullied again. When playing against other teams, Shougang will undoubtedly have a greater advantage in the interior, and at the same time can use the involvement of inside players to create more open long shot opportunities for outside shooters.

Of course, there are gains and losses in the game. In this game, after figuring out Shougang’s strategy of attacking the inside line, the Fujian team also tried hard to cut off the Shougang team’s pass line to the inside and successfully intercepted many times. The Shougang team made up to 20 full-time turnovers, many of which were blocked by opponents when passing the ball inside. The passing team members' intentions were too obvious. This is also a problem that the team needs to constantly adapt and solve.

In addition to the good performance of the newly joined inside players, Fang Shuo and Zhai Xiaochuan's backbone role has become more obvious, and the two have become the absolute core of the team. Zhai Xiaochuan scored 11 points, 5 rebounds and 4 assists in the game. "Fang Chaoju" made two unreasonable three-pointers at the last moment, which determined the trend of the game. With a big heart, he made four and three-pointers in the game. He scored a team-high 19 points and sent 8 times. Assists, in his 27 minutes of playing time, this is definitely the data of a star player.